In fact, few nutrients have been studied as extensively as they have. In this article, we're looking at their top five health benefits as supported by science, and in the end ,we're gonna look at the effective amounts and doses. 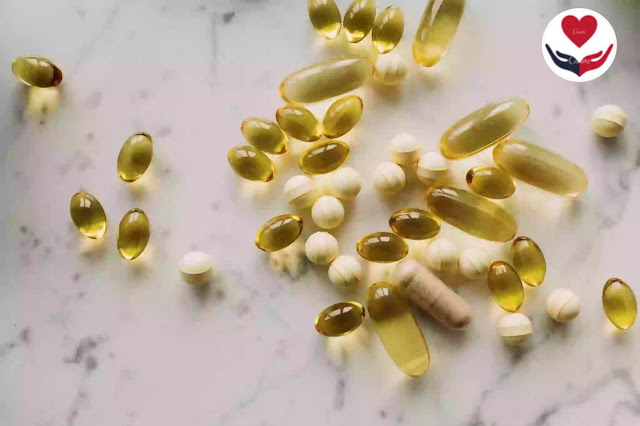 omega-3s can fight depression and anxiety. Depression is now one of the most common mental disorders in the world. An estimated 16 million US adults experienced at least one major depressive episode in 2012. A large review of 28 previous studies found that in most cases, fish oil, particularly EPA, which is a type of omega-3 fatty acid was helpful in treating depressive symptoms, and now it appears to be much more effective in those with severe depression versus those with low depressive symptoms. Now, in these studies, the majority of participants with severe depression were also being treated with standard anti-depressant medication, and this suggests that fish oil could improve the effectiveness of conventional therapy. In fact, treatment response rates can increase a whopping 30% using combination therapy, so that means anti-depressant drugs plus EPA supplementation. There's also some evidence that fish oil can benefit some other mental health issues, namely bipolar disorder and dementia, but more research is needed before we can give actual recommendations.

omega-3s can improve eye health. DHA, which is a type of omega-3 fatty acid alongside EPA, is a major structural component of the brain and retina of the eye, and when you don't get enough DHA, studies show that vision problems may arise. Interestingly, getting enough omega-3 has been linked to a reduced risk of macular degeneration, one of the world's leading causes of permanent eye damage and blindness.

omega-3s can promote brain health during pregnancy and early life. Omega-3s are crucial for brain growth and development in infants. Now, DHA makes up approximately 40% of the polyunsaturated fats in the brain, and 60% of those fats in the retina of the eye. Now, this kind of follows on from point number two about eye health, but studies show infants fed a DHA-fortified formula tend to have better eyesight than infants fed a formula without it. Getting enough omega-3s during pregnancy has been associated with numerous other benefits for the child, including higher intelligence, better communication and social skills, less behavioral problems, decreased risk of developmental delay, and decreased risk of ADHD, autism and cerebral palsy, which actually brings me to the next point.

omega-3s can reduce symptoms of ADHD in children. Attention deficit hyperactivity disorder, or ADHD, is the most common neurodevelopmental problem in childhood. Those with ADHD appear to have deficits in maturation of the frontal lobe and circuits connecting with other parts of the brain involved in regulating behavior, so what does fish oil do to help? Well, omega-3 fats are thought to play a key role in the early development of these circuits, which is why an insufficiency is quite possibly a risk factor for ADHD and other psychiatric disorders. Researchers analyzed 10 previous studies involving 699 children, and found that fish oil is usually effective in ADHD treatment, particularly varieties rich in EPA. The impact is modest compared to psychostimulants and other regular medications, but it appears useful when taken alongside these conventional treatments, much like with treating depression. And then recently, researchers evaluated the evidence behind different treatments for ADHD and unsurprisingly, they found fish oil supplementation to be one of the most promising treatments, alongside elimination diets. Given there are little to no side effects of fish oil use, it makes sense to try them out, but interestingly, there is no evidence yet for the use of plant-based omega-3 supplements to treat ADHD symptoms.

omega-3s can fight age-related mental decline and Alzheimer's disease. A decline in brain function is one of the unavoidable consequences of aging. Many preliminary studies have shown that a higher omega-3 intake is linked with decreased age-related mental decline and low risk of Alzheimer's disease. Additionally, one study found that people who eat fatty fish tend to have more gray matter in the brain. Now, this is the brain tissue that processes information, memories, and emotions so it makes sense that additional omega-3 fatty acids may be protective, but this is early stage research. Getting your omega-3 fatty acids from whole food sources such as eating fatty fish two times per week is the best way to ensure you have optimal omega-3 levels.

However, if you don't eat a lot of fatty fish, then omega-3 supplements are a very good alternative. Optimal dosage depends on your reason for use. Now, for general health improvements, at least one gram per day is recommended. However, researchers see much better results using two grams per day. Either way, most fish oil pills are one to two grams. In any case, you should consult with your doctor first, especially if you plan to take three grams or more per day.

Read more:
Is White Rice Healthy or Bad for You?


Continue Reading "5 Science-Based Benefits of Omega-3 Fatty Acids.." on the next page To See More!