Proper hydration is extremely important for your health. And while drinking water is obviously fundamental, there are a lot of healthy foods that can significantly contribute to your water intake. In this article, I'm looking at six of the best choices. 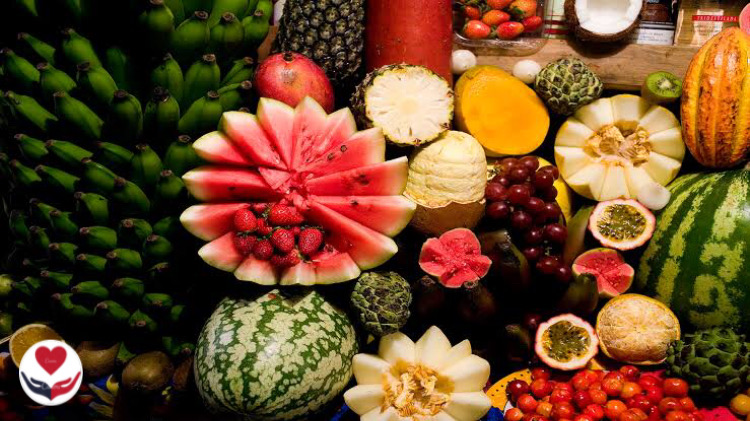 This one was really obvious, given the name, but it is a healthy choice and very hydrating
with a water content of 92%. So, a one cup or 154 gram serving contains over half a cup or a 118 mils of water in addition to some fiber and several important nutrients, like vitamin C, vitamin A, and magnesium. And because of their high water content, watermelons have a very low calorie density.
That means that a relatively large portion of watermelon contains very few calories. 46 calories per cup, to be precise. Research shows that foods with low calorie densities can help with weight loss by promoting fullness and reducing appetite.

Strawberries are 91% water, making them a very hydrating food.
They're also a great source of disease fighting antioxidants and vitamins and minerals, including vitamin C, folate, and manganese. In fact, eating strawberries on a regular basis has been shown to reduce inflammation, which may help protect against heart disease, diabetes, Alzheimer's disease, and maybe even various types of cancer. It's easy to include strawberries in your diet by blending them in smoothies or adding them to salads. They can also make a unique addition to sandwiches and wraps.

can also help promote weight loss because of their low calorie content. Many studies have found that those who consume sup before the main course of a meal eat fewer calories, and therefore, end up
with a lower daily calorie intake. In this study, participants who ate two servings of low calorie soups per day ended up losing 50% more weight than those who consumed the same number of calories from snack foods. Of course, you can significantly increase the nutritional value of broths and soups by adding vegetables, like broccoli, carrots, onions, mushrooms, and tomatoes.

Cantaloupe, aka rockmelon, is a melon that's very nutritious. One cup or 177 grams of cantaloupe is compose of about 90% water and delivers more than half a cup or 118 mils of water per serving. It's also rich in vitamin A, providing 120% of your daily needs in one cup or 177 gram serving. Studies have shown that vitamin A may boost immune health by protecting against infection. You can consume cantaloupe plain as it is, or you can add it to salads, or smoothies, or yogurt. It even makes an interesting addition to breakfast.

Cucumbers are a whopping 95% water, which means they only contain eight calories per half a cup or 52 gram serving. That means that, even compared to other water rich vegetables, cucumbers are one of the lowest in calories. So, you can eat them in really large amounts, they won't effect your weight, and they're gonna help you keep you hydrated.

Skim milk is very nutritious and largely water. It's 91% water, in fact, and provides a considerable amount of vitamins and minerals, including vitamin A, calcium, riboflavin, vitamin B12, phosphorus, and potassium. Now, not only does milk help with overall hydration, but it may also help you rehydrate after strenuous exercise, equally as well as sports drinks. This is partly due to milk's electrolytes and protein content, which may help replace body fluid losses.

So, as long as you're eating plenty of these water rich foods, and of course,
drinking water when you feel thirsty, you should have no problem staying hydrated.

And read this Article <important>:

The 5 Best Foods That Are High in Zinc